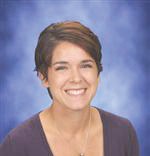 FLINT TWP. — Carman- Ainsworth students and staff have been caught up in the festivity and pageantry of Homecoming all week, leading up to the parade on Friday and the big game and dance on Saturday.

This year’s theme is Throwback/90’s Cartoons which will be represented in class parade floats. Seniors chose Scooby Doo; Juniors will have Teenage Mutant Ninja Turtles; Sophomores chose Dexter and Freshmen will show the Rugrats.

Faith McBride, media specialist for the high school and middle school, will be the parade grand marshal.

“I was incredibly surprises and honored to be asked,” said McBride, who has worked for 13 years in the district, starting as a kindergarten teacher at Dillon Elementary where some of her first students are now members of this year’s graduating class.

“Prior to working in the secondary libraries I was the elementary media specialist so I’ve been following these students throughout their educational careers,” she said.

The parade kicks off at 4:30 p.m. on Friday October 7 at South Baptist Church and will follow a route down Van Slyke Road to Maple Road, ending at the middle school. Vanslyke and Maple Roads will be closed to traffic during that time.

In a change this year, the parade will be followed at 5:30 p.m. by the annual Powder Puff game, pitting junior girls against seniors.

The Homecoming Game has been moved to noon on Saturday, against Saginaw Heritage. A Homecoming Queen and King will be crowned at game half-time. Vying for the queen’s crown are seniors Maya Davis, Chesley Fairhurst, En’Dea Haygood, Leeona Laury and Chelsea Pearson.

The court Prince and Princess chosen for the lower grades are juniors Aleah Mixon and Christopher Tibbs; sophomores Jasia Caldwell and Antonio Brown; and freshmen, Shayla Jourdan and Dallas Green.

Students got into the spirit of Homecoming all week with a series of dress-up days, staring with College Day on Friday, September 30 when everyone wore gear from their favorite college/university.