It’s in the fine print 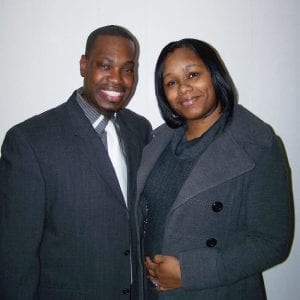 DAVISON — Ever tried to read the fine print on an Internet ad? Either it’s too small to read or the process of zooming in on it causes the image to become depixilated.

Marcus and Rebecca Sharp said they were sitting at home one night, watching TV, when the idea hit them — a Webbased business where customers can go to have the fine print on Internet ads magnified.

The Sharps took their idea and ran with it and have now secured a deal with a New York-based company called nxtArrow to get www.fineprintfinders.com up and running.

Marcus Sharp, a graduate of Flint Northwestern and Mott Community College, said the Website will serve consumers who want to know what they’re getting themselves into before they respond to online ads for such things as cash advances, annuities, credits cards and car loans.

“A client can upload an ad to our site and using quantum resolution we can magnify the ad,” he said. “We deal with commercials and Internet ads and snatch the verbiage from the disclaimers.” 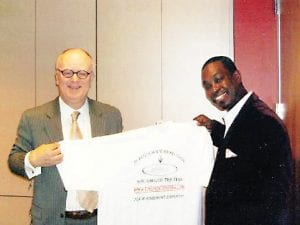 The Sharps said they started working on the idea more than a year ago and hope it will take off with investors and the support of nxtArrow.

As a Michigan-based business, Marcus said he is also hoping to get some grant support from the state. The backing of nxtArrow will take him and his family to New York sometime in February, but he said he hopes once the business is successful to return to the area and open a call center here.

Leaving Davison will be hard, the Sharps said, especially leaving behind what they said they consider a great school district.

“It’s been a privilege to be part of (Davison’s) allure,” said Marcus. “This town has been wonderful to us.”

The couple has two children: Nyrrah Shackelford, 11; and Kyale Shackelford, 9. Marcus has a background in process engineering and Rebecca is going to school for a degree in business.

Rebecca said she thinks the fine print finders idea will be the next big thing on the Internet.

“It will be as big or bigger than your Facebook, your Google or your Yahoo,” she said.

Marcus said the target market of the Website will be from 18-70, or, as he put it, “the 80 percent of people who can’t gain access to legal services.”

The plan for the business is to eventually outsource disclaimer questions to lawyers and doctors so clients can get advice about everything from the fine print on prescription drugs to legal disclaimers on credit applications.

“We’re just educating the consumer,” he said, “at prices they can afford.”

Access to the site will likely be paid for on an as-needed basis, or customers can have memberships. Details are being worked out and the site, www.fineprintfinders.com, is under construction.