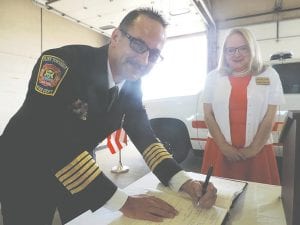 Fire Chief Thomas Stadler took command in early June but his official swearing-in ceremony was held last week when he took the oath of office and was presented his chief’s jacket by his wife Tammy and his chief’s badge by his daughter Kristi Perez. Police Chief George Sippert served as the master of ceremonies and Clerk Kathy Funk issued the oath of office and handled official recordkeeping details. 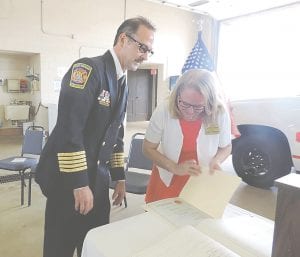 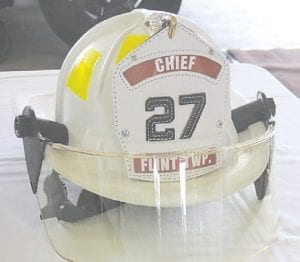