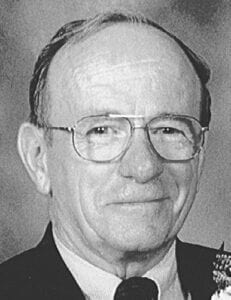 Jack Dean Lindsay was born in Davison on December 17, 1932, son of late Raymond and Emma (Mosher) Lindsay. He married Rosemary Anderson on October 26, 1951 in Davison. She survives him. Jack grew up working in the family business, Lindsay TV and Appliance, in downtown Davison. He also worked and retired as a general foreman from AC Spark Plug in 1986. In his younger years, he spent time at Auto City Speedway watching his brother’s sprint car races. He took great pride in landscaping and manicuring his yard. Jack enjoyed researching genealogy, going through old photographs and spending time with his beloved family.

In lieu of flowers, memorial contributions may be considered to the Alzheimer’s Association.

The family would like to thank the staff of Wellspring Hospice for caring for Jack.