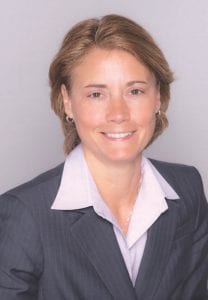 “I am honored to have received this recognition,” said Buchanan. “I share it with the entire Genisys team as a sign of the value we are providing to our members and communities.”

In 1986 Buchanan began her career as an accounts payable clerk at Parda Federal Credit Union in Rochester, Mich. In 1991 she started at Genisys (previously T&C Federal Credit Union) as an accounting manager. About seven years later she became the vice president of Information Technology. In 2008 she became executive vice president and CIO at Genisys and in 2010, she was promoted to president and CEO.

“I always loved accounting in high school, and I was always good with numbers.” She told Crain’s. “I joined and stayed with credit unions because I love the philosophy of people helping people. We exist only to help our members, and we are not beholden to stockholders.”

Nominations for this award came from Crain’s reporters, editors and readers. Nominated by an unknown source, Buchanan was pleasantly surprised to hear she had received this award. She is the only Credit Union CEO in the state to make the list. When selecting the Top 100 Most Influential Women, Crain’s looked for proven leaders from business, academia and from civic, nonprofit and public policy organizations. Crains’ selections were chosen “in-house” by top editors and the publisher. Their 100 Most Influential Women features have been published in 1997, 2002 and 2007. This was the first year that the award search was statewide. — G.G.