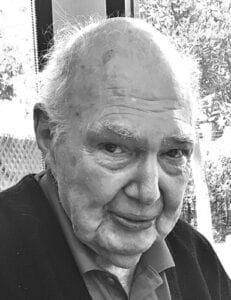 JACOB WALLACE “WALLY” BRANSON, 84, formerly of Swartz Creek, Michigan made his transition Saturday, April 4, 2020 at Palm Terrace Rehab Center in Laguna Hills, CA. His loving daughter Jil-lynn was at his side. A Celebration of Life gathering will take place at Lapeer Country Club on July 18, 2021 from 1-3 p.m. EDT. A graveside service will be held immediately prior with Faith Missionary Church, 1327 N. Elms Rd., Flint, Michigan. Pastor Brent Kriesch officiating. In lieu of flowers, those desiring to honor Wally’s life are encouraged to make a contribution to Faith Missionary Church or the Alzheimer’s Association at www.alz.org.

Wally was born December 20, 1935 in Detroit, Michigan, the son of Ralph Branson and Iva Jean (Wallace) Branson. He married Nina Jean Henderson on May 5, 1956 in Lapeer. They lived in Lapeer for 10 years working in the family business’s including Branson’s Dairy milk business and casual restaurant located across from the Lapeer County Courthouse. During their time in Lapeer they had two children, son, Jay Wallace and daughter, Jil-Lynn. In 1966 Wally left the Branson family business, moved the family to Swartz Creek, Michigan, and joined Metropolitan Life Insurance Company where he worked for over 30 years.

During his time in Swartz Creek Wally was active in the community, but primarily focused on his children and being a supportive father. Post Retirement both he and wife Nina became very active members of Faith Missionary Church. He had a very kind, and gentle, demeanor and was loved by many. Over his last few years Wally split time between Michigan, with Jay in Texas, and with Jil in California, finally staying in California for an extended period. In the years prior to passing Wally lived with Alzheimer’s. He was always kind, thoughtful, and had many cute one liners (“I never met a cookie I wouldn’t eat”). The caregivers were always commenting on how sweet he was and a pleasure to be around.