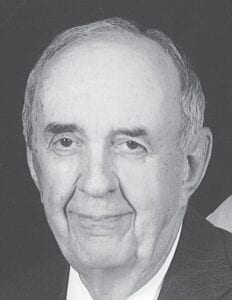 JAMES S. GREINER, of Davison, age 88, passed away on March 28, 2021 at his residence. A Funeral Mass will be celebrated, followed by Military Honors, 12 noon Tuesday, April 6, 2021 at St. John the Evangelist Catholic Church, 404 N. Dayton St., Davison; Rev. Fr. Andrew Czajkowski celebrant. Cremation will follow the Mass. Visitation will be at church on Monday from 4-7 PM, April 5, 2021. There will be one hour visitation prior to the mass on Tuesday. A Rosary will be prayed at 6 PM Monday at the church. A private inurnment will take place at a later date at Great Lakes National Cemetery in Holly, MI. In lieu of flowers, memorial contributions may be made to the American Cancer Society.

Jim was born in Hart, MI on April 16, 1932, son of the late Severin and Helen Greiner. He graduated from Hart High School. Jim was an Air Force B26 Combat Aerial Gunner in Korea. Once home, he was hired at Buick Motor Division, completing his electrical apprenticeship and college degree, before retiring after 35 years. Jim married Marianne Medore on May 4, 1957 in

Davison, MI. Life for him was an adventure. He loved his children and his work. Jim was a Cub Master of Pack #355, member of the Davison School Board, Davison Township planning board, VFW and Treasurer of St. John’s Men’s Club. His lifetime travels took him to 26 different countries. Things special were his family, camping, golfing, NASCAR, KOOKS, hunting and athlete club activities.