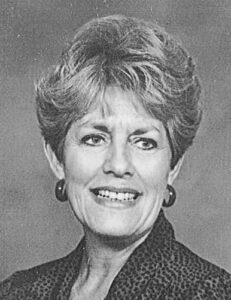 A Funeral Service was held 3 p.m. Tuesday, November 30, 2021 at Allen Funeral Home, 9136 Davison Rd., Davison. The family received visitors from 1 p.m. until the time of service.

Janet was born in Big Rapids, MI on January 24, 1938; she was daughter of late Laura (O’Neill) and Fredrick H. Wood. Janet was raised in the Flint area, graduated from Kearsley High School, and then married Von on July 28, 1956. Together they had six children, Gretchen (John Solis), Lesa (Jeff Neese), Lori Kesten (Jim Fejedelem), Duane Veit (Kelly Gould), Eric (Ruth) Veit, Dawn (Jeff Webb). Janet and Von have 15 grandchildren and 21 great-grandchildren. Janet leaves behind her sisters, Dianne (David Partlo), Judy Dryden. Janet was preceded in death by her sister and brother-in-law, JoAnn and Gene Hall. She also leaves behind her sister and brother-in-law, Maryjane and Cliff Veit; relative, Bonnie Hall, and many nieces, nephews, cousins, and friends.

Janet and Von restored and moved into a historic home on Rising Street in Davison, MI in 1968. Janet’s love for creating a beautiful family home would eventually lead her to pursue a successful 25 year career in real estate starting in the 1970s. In addition to raising her family and working, Janet was an artist; her treasured paintings can be found in family and friend’s homes and she did commissioned portraits.

The Veit’s attended St. John the Evangelist Catholic Church in Davison where Janet enjoyed singing in the choir and participating in the Women’s Guild. Those that wish to make a contribution in Janet’s name may donate to St. John’s.