Jazz at the library 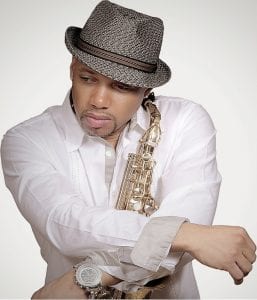 GENESEE COUNTY — A Feb. 9 appearance by award-winning jazz saxophonist Randy Scott has been moved from the Genesee Valley Mall branch to the Davison Area branch of the Genesee District Library.

The mall branch remains closed after a flood earlier this month caused by a broken water pipe.

He is an accomplished professional musician, record producer and composer who lives in Southfield. His fourth CD “Breathe” stayed on the Top 40 nationally for five months, according to his online biography.

He performed, by request, at the White House for former U.S. President, William J. Clinton and also was featured at the International Jazz Festival in Dubai, UAE in 2010.

Scott holds a bachelor’s degree in music education from Michigan State University and a master’s degree in Instructional Technology from Wayne State University. He has a music production company and recording studio in the Detroit-area where he records, writes, produces and teaches music.

For fans who want to hear more than an hour’s worth of Scott’s music, he will be the featured performer at 7:30 p.m. on Feb. 14 in the “Love and Laughter Valentines Day Concert” at the Millennium Center in Southfield, 15600 J.L. Hudson Drive. For ticket information, visit www.neptix.com — Rhonda Sanders