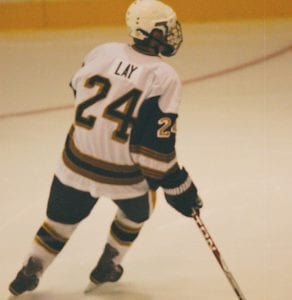 Andrew Lay had a goal and an assist in the Central States Hockey League Showcase.

But St. Louis tied it with three goals in the third period, the last with 1:40 to play, then outscored Flint 2-1 in the shootout. Scurfield had the Generals’ only shootout goal. Austin Willenborg had 49 saves for Flint.

On Saturday, the Generals fell behind Chicago, 3-0, and never caught up. Lay, Carter, Derek Kessler and Maxwell Taylor scored for Flint.

Back on the ice with St. Louis on Sunday, the Generals got goals from Tyler Kennedy and Szalacinski.

On Monday, Flint was tied with Chicago, 2-2, but the Hitmen scored with 57 seconds left in the first period and tacked on four second-period goals to pull away. Szalacincki, Lay and Mason Bohlinger scored for Flint, and Willenborg had 41 saves.

The Generals are 4-11-0-1 in the CSHL and will play at Pittsburgh this Saturday and Sunday. — D.N.