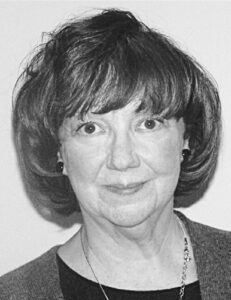 She graduated from Grand Blanc High School in 1973. After continuing her education, she began her career with Tracy-Stephens Advertising Inc. before she started her own company, McLaren Advertising in Rochester Hills and then Troy, MI. She joined the Women’s Advertising Club in 1986 and held offices of President and Vice President as well as numerous director positions. She co-chaired Career Fair and chaired other events including Women of the Year, the Liz Clark Memorial Scholarship Fundraiser, and the Scholarship Committee. In 1994, she was recipient of the WAC President’s award. She was also a member of the Women’s Economic Club.

Karen is survived by sisters, Nancy S. Mullenhour and Vicky D. Schleeter as well as nieces, Stephanie, Jaymie, and Marlena.

As was her husband, her body was donated to the University of Michigan’s Medical School Anatomical Program. Arrangements were made by Bower-Rose Funeral Home. To send condolences, visit: www.bowerrosefuneralhome.com.