Karlichek seeks re-election for mayor in 2021 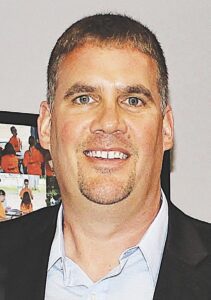 FLUSHING — Flushing resident Joseph Karlichek has announced his candidacy for his re-election as Flushing City Mayor in the city’s November 2021 election.

“There is much more I would like to do for our city,” Karlichek said. “I am humbled to be the Mayor of Flushing City and hope to continue the great successes we have had.

“When I look back on my campaign promises in 2019, I ran on small, safe and clean and it remains to this day,” Karlichek added. “Promises made, promises kept and I am proud of the direction our city, city council and administration is heading.

“We settled the lingering police contract, settled the police chief lawsuit, hired three new police officers, implemented a Code Enforcement Officer, hired five new firefighters and two new DPW employees,” Karlichek continued. “We improved the wages of all employees of the city positioning the city to recruit the best talent and retain our employees, ushered in the most transparent government in Flushing history, significant and much-needed upgrade to our Waste Water Treatment Plant, supportive of our business community and over half million in the reconstruction of our downtown parking lots/alleys and now working to resolve the city’s OPEB and Pension Liability while balancing the city’s budget.”

Karlichek said there are still other concerns the city has.

“We need to implement our city’s Master Plan and focus our commissions to see the Master Plan through,” he said. “Focus on speed enforcement. Continue to provide the tools and training needed for our city employees. Implement our long-term five-year plan that finally addresses the wastewater and sewer infrastructure needs and continue to promote a great city that is attractive to new and existing businesses, families and support a strong school system.

“I will conduct a vigorous campaign based solely on the issues that I believe will be welcomed by Flushing residents,” Karlichek added. “I will be talking and meeting with the great people of Flushing between now and the November election.”