Keeping the “riffraff” out isn’t so easy 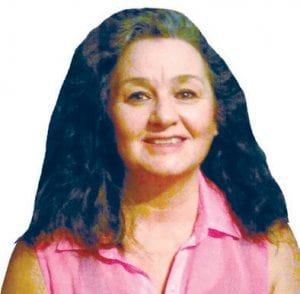 I recently came across a travel article about Mackinac Island and, as it has been a few years since my family and I have visited “The Island,” it piqued my interest.

A few sentences in, it was not my interest, but my ire, that was piqued. The author suggested that the boat fare to the island is such that it “keeps out the riffraff.”

Hmm. You can imagine my surprise upon having just learned that I am practically riffraff (no hyphen – I looked it up). I mean, I can’t just run up to Mackinac Island at the drop of a hat. It takes a little planning and, more apropos to this situation, saving.

What’s more disturbing is that this wasn’t the first time in recent weeks that I’ve read an article in which people of certain incomes were referred to as “riffraff.”

And here I was, all this time, thinking “riffraff” meant something entirely different. Silly me, I thought it referred to criminals, sociopaths, people who are mean in spirit and the like.

Apparently, I was mistaken. I do not like to be mistaken. So I googled “riffraff.” I can do that because the Internet is one of those places that can’t keep out the “riffraff.” Everyone can still use it to look up all sorts of fun and interesting stuff, like definitions. That’s what I did.

I was surprised to learn that, according to Merriam-Webster anyway, one definition of “riffraff” is “rubbish.” Good to know. I scrolled down a little further and stumbled upon the “definition of ‘riffraff’ for kids.” It said, “a group of people who are not considered respectable or honest.”

Holy moly. Do you mean to tell me that you can tell if a person is honest and respectable by the kind of car they drive or the clothes they wear or their ZIP code? Who knew?

Well, maybe Bernie Madoff knew. And perhaps Leona Helmsley got wind of it. And Pablo Escobar might have had an inkling.

Some might add Joseph Kennedy to the club. Ponder that short list for a moment, if you will.

Now here’s a different list: Mother Teresa, Mahatma Gandhi, Joan of Arc, Anne Frank, George Orwell. These are just a few of the people who either were born poor or abandoned wealth and materialism to help and inspire others.

So, think again, my fair lady. It is more likely that you are leaving out a lot of hard-working souls who pay their bills and their taxes and keep their lawns mowed and worry about their children’s futures. Some may have even enjoyed your writing had you not told them, in effect, to be gone.

Be careful whom you choose to consider “rubbish,” because you never know whom you are keeping out and, perhaps more importantly, whom you are letting in. lrocha@mihomepaper.com