Kelly to retire from MCC 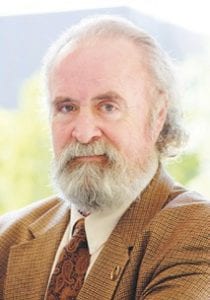 FLINT — After more than 17 years at Mott Community College (MCC), Michael Kelly has announced he will be retiring as Executive Director of Public Information on March 17.

Kelly came to MCC in December 1997 after serving as Senior Director of Education and Information for the Michigan Credit Union League. He previously served as Coordinator of the Home Learning Center for the Flint Community Schools and as a Producer/Host for WFBE Public Radio.

MCC President Beverly Walker- Griffea stated, “Michael has made a positive impact on this institution and community and I personally appreciate the warm reception that he has offered me during my tenure. His work in enhancing the community’s appreciation for the College and especially in the millage campaigns has been very important. I know that he will always be a Mott College supporter and I appreciate what that means for all of us.”

The college will hold a retirement reception for Kelly on March 11 from 3-6 p.m. in room 1129 of the Curtice-Mott Building on the Flint campus, 1401 E. Court Street in Flint. The public is invited.

Also active in the arts, Michael Kelly was a lecturer for the Flint Institute of Arts’ Bray Lecture in 2012 and narrator of Flint Symphony Orchestra 2011 Holiday Pops Concert broadcast on statewide public television. He has made over 400 appearances on all major Michigan radio and TV news outlets; published over 500 articles; produced over 300 radio programs and 20 television programs. — G.G.