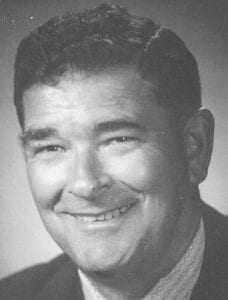 Ken was born in Flint, on November 4, 1928, the son of the late Charles and Madeline (Boutin) Watters and has resided in the Davison area most of his life. He was joined in marriage to Gloria C. Vohwinkle on December 3, 1950 and she preceded him in death on October 11, 2019. Answering the call of his country, Ken proudly served as a Paratrooper in the US Army during the Korean War. He was a member of American Legion Post 267 and had served as Commander. He was Past President and member of Davison Kiwanis Club, and a member of the Davison Snowmobile Club. Ken was a true sports enthusiast and enjoyed motorcycling, hunting, fishing, and was Davison’s number one fan of the Detroit Tigers. He loved traveling to Hubbard Lake as a youth and later as he raised his family, they continued this tradition which he was able to share with grandchildren and great-grandchildren.

Ken is preceded in death by grandson, Chad Provost; and brother, Jack Watters.

Those desiring may make contributions in Ken’s memory to Outreach East.