Kenny Wayne Shepherd to play at the Whiting 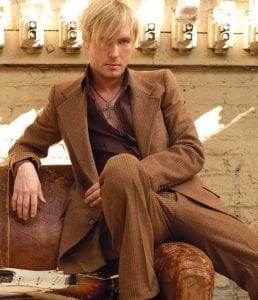 Kenny Wayne Shepherd will play at the Whiting on Nov. 3.

BURTON — Kenny Wayne Shepherd, the “young blues guitarist”, is gearing up for a live jam session at the Whiting auditorium, Nov. 3.

Shepherd is set to perform songs from his new album “How I Go.” The album is said to pair Shepherd’s “deeply soulful and impassioned” take on classic material from artists like Bessie Smith, Albert King and the Beatles.

In a press release, Guitar World magazine placed Shepherd right behind B.B. King and Eric Clapton on their list of blues artists after the release of Shepherd’s latest.

In an interview, Shepherd said he is set to play old favorites like his hit single “Blue on Black and is also planning to play a cover jam of by Jimmy Hendrix’ “Voodoo Child” for the Whiting performance.

He is far from a stranger to the spotlight. He said he met Stevie Ray Vaughn at the age of seven and said Vaughn was one of most influential musicians to his music.

Later, Shepherd said he would share a stage with New Orleans legend Brian Lee at the age of 13.

Being a completely self-taught guitarist who does not know how to read music, Kenny said he spent hours upon hours playing guitar in his room as a kid.

He said while his friends were outside playing, he was inside jamming on his guitar.

He said when he started playing the guitar something clicked and then all of a sudden he understood the instrument and he was “in”… you are able to explore it some more.

He and his band are working on a new CD — tentatively named “Going Home” set to come out next year.