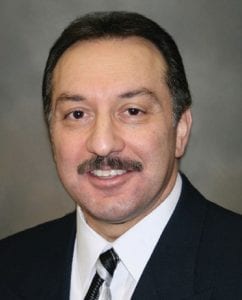 The Fellow Grade is the highest elected grade of membership within ASME and recognizes exceptional engineering achievements and contributions to the engineering profession.

Ramadan was chosen to receive the ASME Fellow Grade for his work in the thermal aspects of internal combustion engines and their technologies as applied to both gasoline and diesel engines used for mobile transportation applications.

Fellow grades will be conferred at the ASME 2013 International Mechanical Engineering Congress Nov. 15-21, in San Diego. There are only 3,214 Fellows out of 129,271 ASME members in the world.

“I am honored to receive this recognition from ASME and to know that my contributions to research and teaching in Mechanical Engineering are making an impact and are appreciated,” he said.