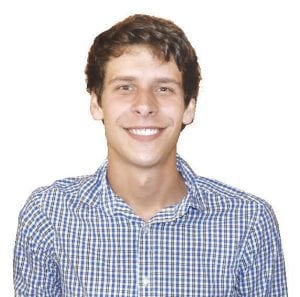 My mom informed me the other day that she and my stepdad had, at one time, had a conservation about adopting two more children.

This is, of course, a noble consideration, and if that were to ever happen I would respect their decision completely. After all, they never had any kids of their own together, and if they felt such a commitment was in the cards, who am I to judge?

My mom has three already, so this talk of adoption took me by surprise; especially so after a visit from my 4-year-old step-cousin a day later.

She is a brave, intelligent and spunky kid, even at her young age, and she communicates what she wants, when she wants it, with fervor. She has been through a lot already in her personal life, but you wouldn’t necessarily know it spending an afternoon around her. Just like any other kid, she wants to play and converse. Sing and ask questions.

At family gatherings, she will often follow me around, attached at the hip. That day, she threw a blanket over herself and pretended she was a ghost.

The beginning of her visit gave me hope. I can be fun, I thought, and maybe someday I will be a good father to my own kids. I certainly want them someday.

But as the rest of the night proved, I do not want them now. Not at 25.

The games went on, and she continued to be a ghost long after I had grown exhausted. I realized fast I do not have the time, energy or money to begin thinking about having children of my own yet. This is not quite the norm — it seems all of my high school classmates are settling down with wives, husbands and kids of their own nowadays.

But I do not want to bring anyone into this world without eliminating any shred of uncertainty it is the right decision. I owe my future children, and myself, that much. I realized after spending a day around my cousin I just wanted to be alone for a while without any singing, or ghosts or lava to distract me.

Once my twenty-something temperament levels out a bit, my threshold for playtime increases and my bank account looks (much) healthier, only then will I consider to resolve myself to such a life.

Until that time, I can only send out my best wishes to those who made it before me. You all have my deepest admiration. stunningley@mihomepaper.com