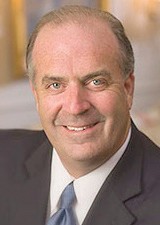 FLINT —Congressman Dan Kildee (MI-05) has filed nominating petitions to be placed on the ballot for re-election as the U.S. Representative for Michigan’s Fifth Congressional District. The 2,000 nominating petitions signatures, the maximum number of signatures allowed, were signed by individuals from each county of the Fifth District and filed today at the Secretary of State’s office.

In his second term, Congressman Kildee has successfully fought for tens of millions in federal investment for cities and towns across the district, including Flint, Saginaw and Bay City. This includes more than $200 million since 2013 for Michigan cities to help stabilize their housing markets and remove blighted homes. In Flint alone, nearly 2,000 run-down properties have been torn down and their land repurposed.

In the wake of the Flint water crisis, Congressman Kildee has been on the forefront fighting for state and federal resources to help Flint and families affected recover. Ever since learning about high lead levels in the water, Congressman Kildee has worked tirelessly with federal agencies and community partners to steer millions in federal relief to the city — an effort that continues today. He has also pushed for accountability for the failed decisions that led to the man-made crisis, including his bipartisan legislation overwhelmingly passed in the U.S. House of Representatives to strengthen warning notifications when it comes to drinking water standards.

“Our community faces unique challenges, and there is still more work to do. From ensuring Flint families get the resources they need to recover from the ongoing water crisis, to helping rebuild our region’s economy so it can compete in the twenty-first century, I want to continue working and delivering for my constituents,” Congressman Kildee said. “Despite a bitterly divided Congress, my track record shows I have worked with anyone — Republicans, Independents and Democrats — to get things done for the Fifth District. Every day, I go to work representing the interests of cities and towns across the district, and it would be a privilege and honor to continue representing mid-Michigan in Congress.”

Congressman Kildee was first elected to Congress in 2012 and is serving a second term in Congress. He serves on the House Financial Services Committee and the House Democratic Steering and Policy Committee. He also was appointed to serve as a Senior Whip in the 114th Congress.