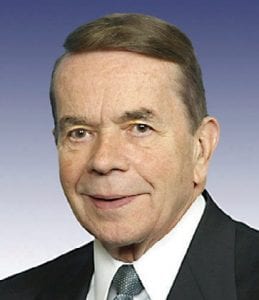 GENESEE COUNTY
— After polls indicated he was ahead in a tight election, Rep. Dale Kildee (D) retained his seat in the 5th Congressional District after voters gave him 54 percent of the vote in the Nov. 2 election. His opponent, John Kupiec (R), garnered 44 percent of the vote.

Kupiec, who emerged as the Republican victor in the Aug. 3 primary, was a newcomer to politics and decided to run for the 5th District Congressional seat after witnessing the increasing size of the government, the negative business climate and the passage of the health care reform bill by President Obama. When it came to Tuesday’s election, Kupiec said his strategy was to focus on Kildee’s voting record, which spans 34 years.

Despite losing to Kildee, Kupiec said the real victory belonged to the people.

“We’re sorry we didn’t win, but everyone who voted was a winner,” he said. “People in the district got engaged in the political process, and it was an honor and a privilege to talk with people, earn their respect and get their vote. We’ve grown our family to a much larger extended family.”

As for the future, Kupiec said he plans to stay politically-involved in the area.