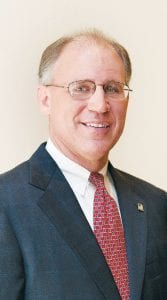 MUNDY TWP.
— After winning the primary Aug. 3 in the 5th Congressional District, Republican John Kupiec is setting his sights on the November election and his Democratic opponent, Rep. Dale Kildee.

When it came to the primary election, Kupiec said one of the biggest goals was to get his name out there for the public. “I’ve never run for office before, but I’m well-known in the business community,” he said. “I wanted to be as visible as possible in the primary.” Kupiec said he achieved the high-level of visibility through outdoor advertising and signage, inserts in local newspapers and being represented at parades, festivals and large gatherings occurring in the 5th District.

When it came down to whether he or his Republican opponent Rick Wilson would secure the Republican nomination, Kupiec said he was fairly optimistic he would win. “We ran a good campaign and stayed true to our message. We also stayed away from negative attacks on the Republican and Democrat candidates.”

Since securing the Republican bid for the 5th District, Kupiec is gearing up for the November election when he will face Kildee, who has held the office since 1976.

For someone who never dabbled in politics before, many might wonder why Kupiec, owner of Canadian=American Corporation, a company that specializes in marketing, advertising and public relations, would choose to run for office. Kupiec cites several reasons for throwing his hat into the ring.

“First, as a small business owner, I’ve enjoyed large successes and several bumps in the road. Today’s business climate is very negative,” he said. “The government has grown too large on the national, state and local levels. Government does not create jobs; business creates jobs. You don’t turn around personal misfortune by spending money you don’t have. We are taking a drug that’s addictive (borrowing money) and it will destroy us,” he said.

Another reason Kupiec decided to run for the 5th District Congressional seat is tied to the health care reform bill passed by President Obama.

“The way Congress handled it was not right,” he said. “When the idea was put out, it was a novel concept but the manner it was handled in was disingenuous. They didn’t disclose legislation and they dismissed the voters as ignorant. It was passed despite opposition. The governed didn’t listen to the people they were governing.”

Another event that prompted Kupiec to run for office is over the Troubled Assets Relief Program (TARP) money issues and “when the federal government started decided who would run companies and local, independent businesses owner were chosen to be put out of business by the federal government.”

“It’s not the American way. My whole career was been around helping small businesses grow and now the federal government is picking and choosing who the winners are without regard,” he said. “I believe that leadership requires a lot of courage, and to serve the people as a whole to make it a better place.”

Overall, Kupiec said the November election is not “about one person or one party,” but more of a statement on the entire United States. He feels that, collectively, the United States has become “apathetic”.

“In the 5th District, we are competing against other towns in Michigan, 49 other states and countries around the world to attract business. Slowly, business has been taken away by government intervention,” Kupiec said. “We’ve also let our work habits slip, so productivity has slipped. We’ve stopped paying attention to the details and those small details slowly erode our way of life.”

“A complete paradigm shift is needed, and we need to recognize that we need to work smarter, work harder and educate ourselves more. Our community is like a field of athletes; it’s competition,” he said.

When it comes to his opponent and the November election, Kupiec said he will focus on Kildee’s voting record.

“He (Kildee) has been the incumbent for 34 years, and there is 34 years of his voting record we can look at. The philosophy of my opponent is failed economics policy,” Kupiec said. “Since 1976, the area has had a steady decline in income, jobs and quality of life. I don’t know him personally, but what he’s voted for has failed. Under our leader in the district, we’ve seen high unemployment, high levels of crime, loss of income, loss of home values and loss in quality of life.”

“Voters are tired of the blame game. They want to know who the candidate are, and where they stand on the issues,” he said. “It’s time for a fresh start and we need someone with new ideas. We need to listen to the voters, stick within the budget and make legislation that allows American companies to stay here and attract business to grow the economy.”

A lifetime Michigan resident and resident of Genesee County since 1980, Kupiec graduated from Ferris State University with honors and has been married to his wife, Kelly, for 29 years. They have three children, and are members of Holy Family Catholic Church. As an outdoor enthusiast, Kupiec established Kupiec Farms and is a lifetime member of the National Rifleman Association (NRA), patron member of Pheasants Forever and is a member of several organizations, including the Michigan Farm Bureau and Safari Club International.

For more information on Kupiec and his bid for the 5th Congressional District, visit johnkupiecforcongress.com.