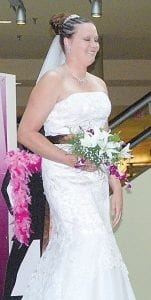 Above: Bridal and formal wear from Silk Expressions Bridal & Prom during the Ladies Night Fashion Show. Right: The casual wear portion of the show.

FLINT TWP. — Rainy weather chased the annual “Ladies Night Out” indoors at Genesee Valley Center Thursday night, but eager women lined up in the mall’s center court for a chance to win prizes and other giveaways.

The event was scheduled to be staged in the Outdoor Village wing where most of the merchants are located that participate in a fashion show.

It was the first time in four years that the event had to be held indoors, said Kristen Cassabon, mall marketing manager, who added that she thought that was a pretty lucky track record.

The fun started with a Zumba exercise demonstration by Hurley Health and Fitness Center. 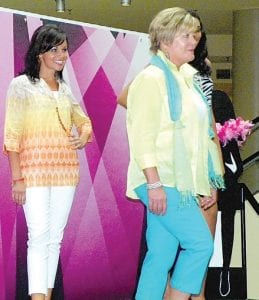