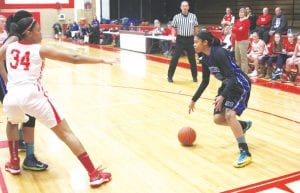 The Lady Cavs’ last title hopes were snuffed out last Friday in a 75-46 loss to first-place Powers Catholic. McDonald had 16 points and Stinnett had 10 points, seven rebounds and four assists.