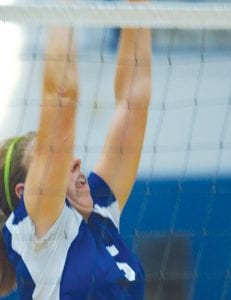 Carman-Ainsworth’s Danielle McClung goes up to block a shot against Lapeer West .