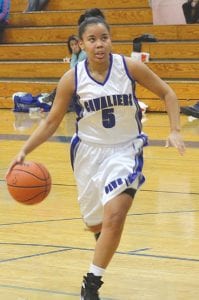 FLINT TWP. — A lot of familiar faces are back on the Carman-Ainsworth girls’ basketball team this year, and that bodes well for the 2012-13 season.

Coach Johnese Vaughn welcomed back seven returners from last year’s varsity, including five seniors. The rest of the 12- girl roster includes four juniors, and the only sophomore on the list played a little varsity at the end of last season.

“I’m really excited about the coming year and the people that we’ve pulled up to add to the mix of our returners,” Vaughn said during a preseason practice. “We lost a lot of good experience, girls that had been with me for a while. But we’re pretty much junior-senior strong. That means there’s a strength in numbers and girls who have been playing this game a while.”