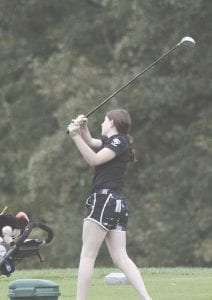 DAVISON – The Carman- Ainsworth girls’ golf team finished 14th with a 601 at the Davison Invitational on Monday. Grand Blanc took first with a 321, Rochester Adams was second with 335 and Flint Powers Catholic took third with a 337.

Carman-Ainsworth will be back in action Tuesday at Flint Golf Club.