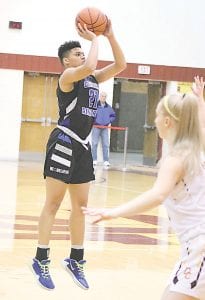 The Cavaliers jumped out to a 14-8 lead in the first and never looked back, extending it to 32-20 by halftime. Carman-Ainsworth closed the game out with a 14-11 run in the third and a 9-8 run in the fourth.

Carman-Ainsworth, 14-2, hosted Detroit Renaissance on Wednesday following press deadlines and is at Flint Powers on Friday.