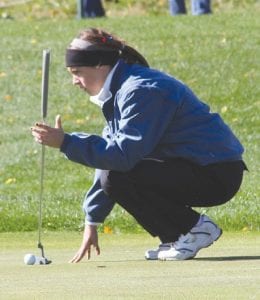 OAKLAND TWP. — It’s been quite a year for the Carman- Ainsworth girls’ golf team. Not only did they come out on top of several match ups this year, but they progressively continued to make improvements on the scorecard.

Despite that great effort, the Cavaliers’ season came to an end at Thursday’s regional at Twin Lakes Golf Club in Oakland Township.

The top three teams and individuals at each regional qualify for the state meet, but unfortunately for Carman- Ainsworth, they weren’t able to qualify in either category. The Cavaliers finished in 13th overall with a 428. Davison won the regional by shooting a 351, while Rochester took second with a 359 and Rochester Adams place third with a 364.

The top performer on the day for Carman-Ainsworth was Meghan Borgerding, who finished 16th overall with a 91. Selena Johnson secured a 46th place finish by shooting a 105, while Mikaila Garrison was a few spots behind her in 49th with a 107. Morgan Genore ended the day in 68th place with a 125 and Albany McComb came in 70th with a 133. — B.P. 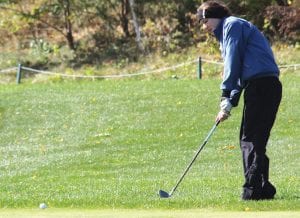