Lady Cavs improve to 13-2 with win over Lake Fenton 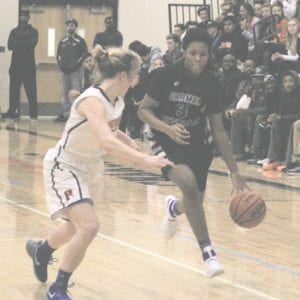 The Carman-Ainsworth girls’ basketball team continues to set aside the competition, this time taking out host Lake Fenton 70-25 on Tuesday to improve to 13-2 and remain in the top spot in the Saginaw Valley League.

Scoring was led by Destiny Strother with 19 points, Bless Calhoun with 12 points, Alaysia Fowlkes with 11points, and Jessiana Aaron with 10 points.

Last Friday, Carman-Ainsworth took Flint Powers to task with a 63-47 win to improve to 12-2 overall. Destiny Strother led with 17 points and Chenelle King had 16.

“The girls are really coming together as a team,” said Carman-Ainsworth coach Lance Belil. “It is amazing to see the growth throughout the season of any team, but being so young we are really seeing a difference in where we are now compared to where we started the season.” — L.P.

The Cavaliers led 13-11 after one and were in front 32-21 heading to the third. Powers outscored Carman 33-24 over the last two quarters. Cameron Carpenter knocked in a 3-pointer with three seconds left in the game to pull Powers within two at the horn.

The Cavaliers will play host to Davison Friday. – K.W.