Lady Cavs pull away from Davison 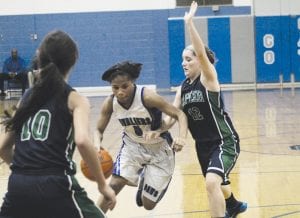 The Lady Cavs are off until Jan. 9, when they travel to Saginaw for a SVL crossover game.

The Cavaliers were held to 33 points for the second time this season in a 47-33 loss to Davison last Thursday in a Saginaw Valley-League-South game at Davison. Carman-Ainsworth fell behind 14-9 after one quarter and 30-16 at halftime. Jarell Giles led the Cavs with 11 points.