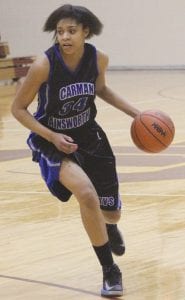 DAVISON — Carman- Ainsworth ran into an old nemesis in the Class A girls basketball district last week and saw its season end in a 58-33 loss to Davison in the semifinals on Wednesday.

The Feb. 27 district semifinal was more of the same, as host Davison took a 15-9 first-quarter lead and steadily pulled away. It was 30-16 at halftime and 46-24 after three periods. The Cardinals finished off the win with a 12-9 fourth quarter.

The Lady Cavs ended their season at 9-13, while Davison went on to win the district title and took a 21-2 record into yesterday’s regional at Flint Kearsley. 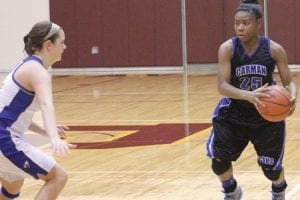