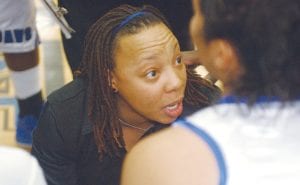 Johnese Vaughn has coached the Lady Cavs to a 9-9 record, including their first win over Powers Catholic since 2005.

Carman-Ainsworth edged nemesis Flint Powers Catholic, 45-43, to snap a 12-game losing streak to the Lady Chargers dating back more than five years. Powers had beaten the Lady Cavs in 49 of their previous 50 meetings, with the only exception a 72-65 Carman victory on Sept. 20, 2005.

Jasmine Jones scored the winning basket with seven seconds left as Carman improved to 8-9 for the season, a modest record overall but light years ahead of their 3-18 showing the last two seasons. The Lady Cavs are 2-3 in the Big Nine Conference, but lost any hope of a title share when Flushing beat Davison on the same night.

No matter. Beating Powers felt like a championship night as the Lady Cavs led much of the game. They went up, 10-9, after one period and extended the lead to 20-16 by halftime. A 15-10 third quarter put them ahead, 35-27, and they still led by seven points with six minutes left. 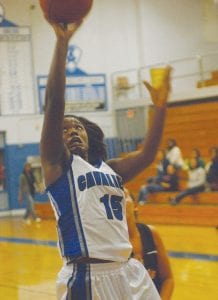 Powers tied it, 43-43, with 31 seconds left, but Ashley Hall’s steal with 13 seconds showing led to Jones’ winning basket. Kapri Thompson clinched the victory with a steal in the final seconds as Carman avenged a 46-45 loss at Powers on Jan. 21.

Carman stepped outside the league Tuesday night and beat Saginaw Heritage, 64-48, at home. The Lady Cavs are 9-9 overall and will play another non-league game next Tuesday at Holly, then close the regular season with a Big Nine game at Davison on Feb. 25.