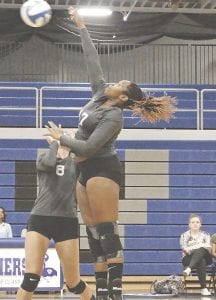 Carman-Ainsworth’s Sydney Johnson rises up for a spike against Davison on Tuesday. Photo by Terry Lyons