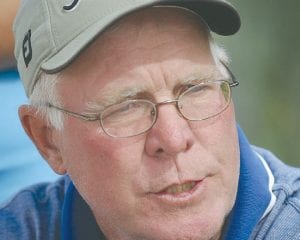 LAPEER — Carman-Ainsworth will jump right into the fire to start the girls’ golf season Friday. The Lady Cavaliers are entered in the 24-team Lapeer Tuneup at Lapeer Country Club.

Another strong field is expected for the fifth annual tournament. These days, it’s almost unavoidable.

Girls’ golf has grown so much since it became a Michigan High School Athletic Association sport in 1973 that good teams are easy to find and hard to turn away. No longer do a few elite schools dominate the sport. The talent pool is deep statewide.

“Girls’ golf is tremendous compared to where it was even 10 years ago,” said tournament director and Lapeer West coach Mike Ogg. “Look at the state scores. You wouldn’t even qualify today with a score from back then.”

Carman sophomore Meghan Borgerding could be one of the top individuals in the field. She shot 101 in last year’s event. The Cavs didn’t field a full team last year, so they couldn’t post a team score. But they should have at least the minimum four players this year. 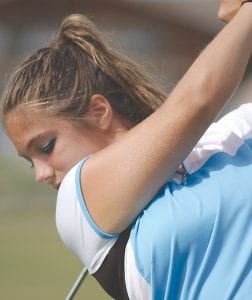 Besides Carman, the rest of the field includes Metro League teams Fenton, Kearsley, Linden, Clio and Holly, along with Midland, South Lyon West, Oxford, Macomb Lutheran North, Pontiac Notre Dame, Bay City Western, Alpena, Imlay City and Utica. Davison is the defending champion, but is sending its B team to this event as the A team is playing in another tournament today.