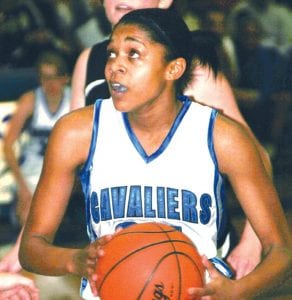 Kinterra Tomlin led the Lady Cavaliers with 19 points and four steals, followed by teammate Jasmine Jones, who tossed in 18. Naryiel Purches picked up 12 points of her own, along with 10 rebounds, and Ashley Hall chipped in nine points. Tiara Gooch recorded eight points for the Lady Cavs, while Kapri Thompson scored four and Denisha Gates had three.

The Lady Cavs picked up a 55-21 win over Royal Oak Shrine last Thursday. Hall led the Cavs with 21 points. Purches posted eight, while Jones and Aliah Stinnett recorded seven apiece. Carman-Ainsworth scored 18 points in the first quarter, eight in the second quarter, 15 in the third, and 14 in the fourth. Those numbers are in great contrast to those of Royal Oak Shrine, which scored six in the first, three in the second, six in the third and six in the fourth, never reaching double digits for a single frame.

The Lady Cavaliers return to the hardwood on Tuesday when they face off with Hartland of the Kensington Lakes Activities Association.