Land of the free, home of the offended 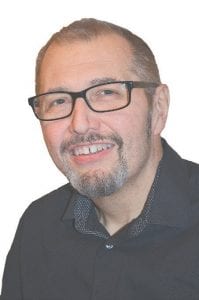 The climate in America has changed from the time when I was growing up in the 1970s and 80s. It’s changed even more since my folks, who were among the Greatest Generation, were kids.

There was a time when you could express an opinion, or a thought or make a comment which might not suit everyone, but it was your opinion and you could say it and call it free speech.

To be clear (because you have to these days) I’m not defending hate speech. I’m just talking about people being able to sit down, talk and have a civil discussion without being hurt, offended or outraged. I’m also speaking of people being able to talk politics without arguing or fighting. Those days are over. We are so polarized in our viewpoints we don’t want to hear what others have to say. We don’t discuss other viewpoints because no one has an open mind any more, it’s a “my way or the highway” mentality across the political spectrum.

The days of two people (or more) agreeing to disagree and remaining friends, or at least remaining civil to one another, are nearly gone. Common ground is occupied. Information, if it’s unpopular or not framed from the standpoint of the audience, is labeled “fake.”

The messages today are clear.

If you’re accused of something, you’re instantly guilty.

If you say something offensive in public, you won’t just get backlash, you’ll lose your livelihood.

If you defend an unpopular opinion or idea, you are vilified.

Someone asked me not too long ago if, in this country, we aren’t supposed to have free speech. I responded by saying: “Today only sanctioned free speech is allowed.” The meaning is if the masses agree with what you’re saying, you can express yourself all day – but if not, proceed at your own risk.

People don’t get along anymore. They can’t have intelligent discussions that include politics over dinner or drinks. Better to keep your mouth shut and talk about family, or pop culture or sports – those are subjects that seem to be OK to bring up still.

We need to get back to sharing ideas and listening to each other. That is how democracy works best. You may not agree with the person next to you, but it doesn’t mean you can’t hear them out. Still don’t agree? Great! That’s how democracy is supposed to work.

Sharing and discussing ideas and then trying to find some kind of common ground. Not everything has to be offensive, it’s only that way if you make it so.

Gary Gould is the managing editor of the Davison Index and View Newspapers. Contact him at 810-452-2650 or email at ggould@mihomepaper.com.