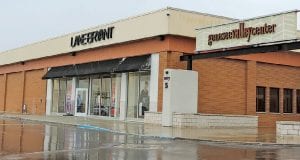 FLINT TWP. — Lane Bryant, one of the original retailers at Genesee Valley Center, is celebrating its 44th year of business at the mall with a move to a new location.

The store has relocated to a unit formerly occupied by a Ruby Tuesday restaurant, which has an exterior entrance only directly accessible from the mall parking lot between the Macy’s and Burlington Coat factory anchor stores.

While supplies lasted, guests were treated to $25 gift cards and free cups of Coffee Beanery Coffee and Cinnabon Cinnamon Rolls. Lane Bryant’s new space has been totally renovated with white paint, higher ceilings and chandeliers and recessed lighting. Square footage is smaller than the previous store, which was located in the Macy’s corridor. 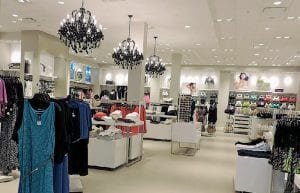 The new store layout also closed off the entrance from inside the mall that Ruby Tuesday had.

Lane Bryant is a specialty store catering to plus-size women sizes 14 and up. The chain was founded in 1904 and currently is part of the Ascena Retail Group, which includes Maurice’s, Dressbarn, Catherine and Justice stores. Ascena and its subsidiaries operate approximately 3,800 stores throughout the United States, Puerto Rico and Canada. 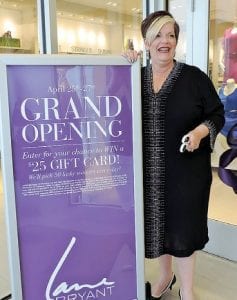