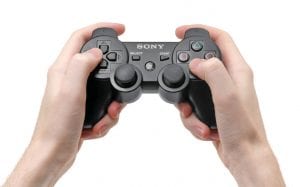 LAPEER COUNTY — One of the most discussed sports topics among the Michigan High School Athletic Association (MHSAA) representatives and membership school districts is something some people don’t consider a sport at all.

Esports, or competitive video games, has been gaining traction among young people and some sports associations as a legitimate form of sports competition, and the MHSAA announced earlier this year that its Representative Council would be considering adding the sport to its slate of sanctioned athletic activities.

According to Andy Frushour, MHSAA Director of Brand Management, the question of the legitimacy of esports as a high school athletic activity is one that’s being asked around the country. “Schools are seeing the potential benefit of esports,” Frushour said. “It’s all very new, and when your brand new to it, it’s kind of hard to grasp what it is, but it’s something that the MHSAA is considering.” 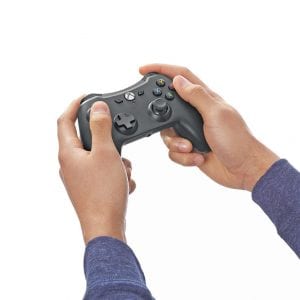 The MHSAA, like dozens of school districts in Michigan and throughout the United States, is still in the exploratory process when it comes to deciding if esports falls under the umbrella of athletic activity, but one thing is certain, said Frushour – looking at it through the lens of a “traditional” sport will lead to a myopic sense of what esports really are. “For a traditional lover of sports, (esports) doesn’t look like what you’re used to,” he said. “But if you strip out the physical aspect of sports, it starts to look a lot alike.”

Frushour said there are several aspects of organized esports that align it with the values instilled in athletes participating in traditional sports, including strategy, teamwork, communication and reliability. “We do see the benefits of esports as a team sport,” he said. “And there’s that educational nature of it as well – having more kids being involved in their school. A lot of students that might not be a part of their school’s athletics might be involved in esports.”

In Lapeer, Superintendent Matt Wandrie and Athletic Director Shad Spilski have said the district will be strongly considering the veracity of esports as another avenue of student involvement. And they’re serious about it – Spilski has volunteered to sit on an MHSAA committee populated by athletic directors and principals to explore the possibility of sanctioning esports, and he and Wandrie have publicly stated Lapeer Community Schools’ support for its inclusion among traditional sports activities.

Spilski said he attended a yearly update seminar with MSHAA in September, and among the various talking points was the subject of esports. “The next day, I told Matt (Wandrie) the MHSAA was talking about maybe bringing esports in, and we were interested,” he said. “I reached out to Mark (Uyl, MHSAA Executive Director) and told him we’d be interested.”

Spilski said the reasoning was simple. “Why not?” he said. “We have a lot of kids that aren’t as involved in the school, and we know that they’re gaming. With this, it really reaches that generation of kids.”

But esports won’t be equal to football and volleyball in the eyes of the MHSAA anytime soon, said Frushour. Currently, the MHSAA Representative Council are considering the subject of esports, and there’s no telling which way they’d lean, if at all. “Right now, we’re sitting back to see what other states are doing, and trying to see what an appropriate level of involvement would be with the MHSAA, and how to even run a season,” he said. “We know students and schools are already doing it, the question is what our role would be, if any.”

The University of California- Irvine similarly recruits students on partial video game scholarships and have even built a gaming arena for gamers and its school’s 10-player team.

Currently, some of the more popular esports titles – League of Legends, Rocket League and various fighting or sports games – are most popular among school athletic departments, and according to Frushour, schools tend to avoid, for obvious reasons, games in the genre of first-person shooter. Overwatch, one of the most popular esports games, might become a notable exception, however.

The Overwatch League, preparing to begin its second season in February, is a global venture between the game’s developer, Blizzard, and its partner companies and provides aspiring high school esports athletes a legitimate path to becoming a professional. And with new franchise league buy-ins coming in to the tune of upwards of $60 million, the money’s there, too. In addition to school district officials in Michigan, Frushour said the MHSAA is in contact with people involved in professional esports throughout the country. “We’re making sure before we make a decision that we’re talking to the right people,” he said.

One of the biggest barriers that separates esports from traditional sports in the minds of detractors, said Spilski, is that physical component. And while esports athletes don’t compete physically in a traditional sense, organized esports are a far cry from the stereotypical basement-dwelling gamer, he said. “There’s still physical activity, a lot of (esports athletes) are in shape and there’s a lot of endurance involved,” he said. Frushour said he’s learned in researching esports that, as Spilski pointed out, there’s a lot of physical demands that still are asked of esports athletes. “They need to get up, get exercise, take a break,” he said. “Coaches work in calisthenics, nutrition into their regimen.”

While the MHSAA considers esports, Spilski said there’s nothing stopping individual districts from creating their own esports teams as clubs, and it’s something Lapeer will likely be considering in the coming months. “We already have the infrastructure for it, and there are some teachers in our buildings that I’ll reach out to about it,” he said. “But we don’t want to get ahead of ourselves – my biggest fear is to not do it right and end up failing.”

Frushour said the next time esports will be discussed in earnest among MHSAA officials will be in March, will give them an opportunity to observe the first round of esports State Championships in states where high school athletic associations have already moved forward with esports. Earlier this year, Connecticut became the first state to officially sanction esports when the Connecticut Association of Schools (the governing body of interscholastic athletics in the state of Connecticut) partnered with esports facilitation organization Electronic Gaming Federation in October of 2017. “I think it’s an exciting thing, and Michigan could be the first state in the Midwest to do esports,” said Spilski. “There are clubs all over the place but there probably needs to be a partnership of some sort, and the MHSAA needs to look at it, and do it seriously.”