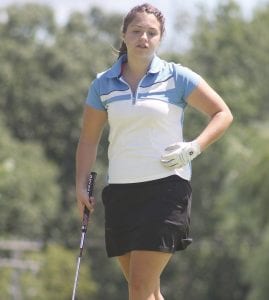 LAPEER — One of the first high school competitions of the fall season will take place this Friday at the Lapeer Country Club.

The seventh annual Lapeer Tuneup golf invitational will tee it up at 9 a.m., just two days after the official start of fall sports competition in Michigan. Only golf and tennis were allowed to begin playing Wednesday, and all other sports but football are permitted to start Friday. Football opens on Thursday, Aug. 29.

The Tuneup provides an excellent opportunity for coaches to get an early look at their golfers in tournament conditions.

“It’s the first tournament of the year in the area, and it’s good competition,” said Lapeer West coach Mike Ogg, who hosts and directs the Tuneup. “It’s a nice course to play, and all the teams seem to enjoy it.”

The event also gives Metro League teams an indication of how their league could shape up for the season. West and Lapeer East will be joined by fellow Metro members Kearsley, Swartz Creek, Fenton, Brandon and Clio in this year’s field.

Utica’s Taylor Clark was the individual medalist the last three years, but she has graduated. West’s Caycee Turczyn was the area’s top finisher with a 90, and she is back for her junior year.

Creek will be led by senior Brianna Bouchard, while Kearsley is led by third-year varsity player Alyssa Hillis and sophomore Carryn White.