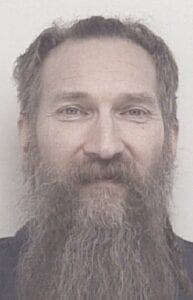 CORUNNA — The case against Mark D. Latunski, the man accused in the brutal, Christmas Eve killing of Kevin Bacon of Swartz Creek, will proceed following a judge’s ruling that Latunski is competent to stand trial.

Shiawassee County District Judge Ward Clarkson ruled Monday that Latunski, 51, is capable of understanding the charges against him and assisting in his own defense.

Latunski faces an open count of murder and one count of mutilation of a dead body. He is scheduled to appear before Clarkson for a preliminary hearing at 8:30 a.m. Friday, Oct. 23. At that time, the court will determine whether the prosecution has sufficient evidence for the case to proceed to circuit court.

After psychological examinations, the court ruled in February that Latunski was not competent to stand trial. He was transferred to a psychiatric hospital in Ypsilanti in April, where he has received psychological treatment and further testing.