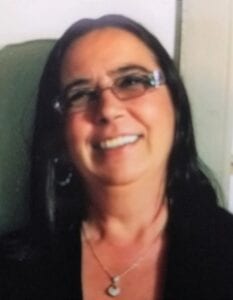 Laurie was born in Grand Rapids, on September 17, 1964. Growing up outside of Grand Rapids, in Marne, Michigan, Laurie was educated locally and graduated with the Class of 1982. Laurie continued her education at Montcalm Community College, transferred to Mott Community College, where she graduated with her Associate’s Degree. On July 16, 2005, Laurie married the love of her life, Eric Roskamp, in Davison. Working as a Quality Control Engineer, Laurie was employed for Magna Electronics for 12 years. In her free time, Laurie enjoyed cooking, baking, decorating, online shopping, vacationing, traveling and spoiling her grandchildren. She was a devoted wife, mother and grandma and will be greatly missed.

Friends may share a memory at the funeral home or online at martinfuneralhome.com.