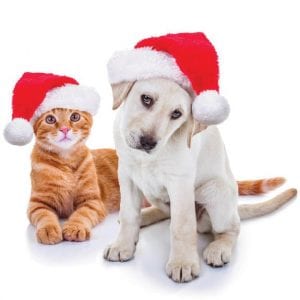 CLAYTON TOWNSHIP – As PAWS Animal Rescue pushes forward with its “Raise the Woof” campaign, they’re getting a little help from some unexpected allies.

Earlier this year, a couple of students from Lawrence Technological University in Southfield entered the picture.

Diane Britain and Gjerogjla Lilo are seniors in the architectural program, according to PAWS volunteer Edith Campbell.

For their senior projects, students were directed to do something to make a difference for a non-profit in the troubled Flint area.

Britain and Lilo chose to provide PAWS with architectural drawings for the new shelter facilities the no-kill rescue group has been trying for years to build.

“I was moved by the water crisis and how it affected animals,” said Britain. “Even though PAWS pets were not directly affected, I was inspired by the agency’s overall mission.”

“We were thrilled to be honored with such a fabulous plan,” said Campbell. “We just hope it attracts construction people who want to be involved (and) donors that want to contribute to the Raise the Woof fund.”

Britain and Lilo worked with the PAWS Building Committee and local builder Mark Maddock of The Works Construction to produce drawings and costs that would make the PAWS shelter a reality.

Their project is called “PAWSsibilities for those who can’t speak for themselves.”

On December 8, the students held an open house on campus to display their agency critiques, with Britain and Lilo showcasing their drawings and accepting donations of food and supplies for pets.

PAWS, formerly Last Chance Rescue, has operated in Clayton Township since 2011. They have raised about $40,000 for the new facility, which will be built on property on Elms Road near Lennon Road in Flint Township.

Currently, many of the animals PAWS volunteers have rescued are being kept in foster homes and boarding kennels until a new shelter is acquired, Campbell said.

“The LTU project has been a bright light for the future,” said PAWS building Chairwoman Roxanne Beckwith.

PAWS will host its 5th annual Santa Dog Days fundraiser from 11 a.m. to 4 p.m. Saturday, Dec. 17, at Family Farm & Home in Swartz Creek. Rescue animals will greet the public who can donate food or drop a monetary contribution into the kettle. – L.R.