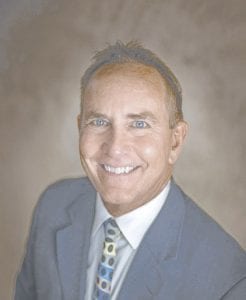 T he Leaders of the Republican

Caucus in the Michigan House of Representatives want to pull public notices from newspapers and allow governmental entities (cities, villages, township, counties, etc.) to satisfy notice requirements by putting them on their websites. This is an unprecedented blow to governmental transparency and due process.

A version of this legislation has been introduced in each legislative session for the past 12 years and has failed. Why? Because then, as now, it is a bad idea.

From the very start, Michigan law has required that notices of governmental actions be provided to citizens by publication in newspapers, an independent source of information about the actions of government. Now, legislators are proposing to end this important check on governmental power.

The Michigan Press Association has been told that this issue is in the top five priorities of the Speaker of the House. With crumbling roads, failing schools and escalating health care costs, we fail to see government control over messaging as being on any citizen’s list of priorities.

The legislators in support of this movement say that this will save money … but how? Is this the one exception to the Republican’s embrace of privatization? It defies logic that government can do this better and cheaper than newspapers, who have provided this valuable check and balance for more than 150 years.

A quick glance at some local government websites doesn’t give one comfort that things will be done well under this new scheme. A couple of examples: one Michigan township website lists among its elected officials a Congressman who has been deceased for several years. Another has not updated meeting agendas since 2014.

We have long advocated that these notices belong in newspapers and protect due process in Michigan. We do however acknowledge that they also need to be distributed digitally and are working hard with our members to make sure that they are accessible on a computer, mobile device AND in print. This increases transparency and protects your right to know what government officials are doing with your taxpayer dollars.

Citizens of this state have been the victim of Equifax, Capitol One and many other online entities as their personal online information has been compromised. The information you trust local leaders to provide to you regarding your taxes, property and other important issues in your community shouldn’t be made vulnerable to a similar fate.

Even if the lack of security is not considered, the lack of connectivity should be. Michigan ranks 30th in the nation for broadband connectivity. Rural areas still pose a challenge for those trying to use the internet.

Public notices belong in a public place, like a local newspaper, not on a government website, which can also disenfranchise certain users, like low income individuals who do not have access to the Internet, or the elderly who are not comfortable using the Internet. Having to look for notices on each individual government site would be laborious at best and a good way to conceal information at worst.

We at Michigan newspapers take the responsibility of keeping you informed very seriously. Whether it be making sure Freedom of Information and Open Meetings laws are being followed or proper notice of things like zoning that might put a landfill in your neighborhood is happening. We remain the vital watchdogs we always have been in our communities.

If knowing that an independent, reliable source is watching what elected officials are doing with your taxpayer dollars is important to you please consider contacting your state Representative and Senator and letting them know you want to keep seeing your public notices where you notice … in a newspaper.