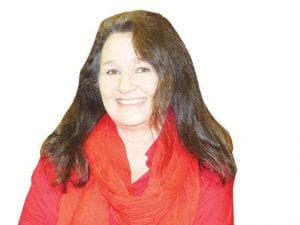 True story: Years ago, I worked in an office where I had a view of a creek and a field and a house beyond it where there often romped a big German shepherd dog.

One day, I looked out the window and saw that the dog had wandered away from home and was strolling past my office window, heading straight for a very busy state trunkline.

As I had grown fond of the animal, as fond as a casual and distant observer can grow, I decided to save it from certain death in busy drive-time traffic. So I bolted out the door, and ran down the sidewalk making ridiculous noises to try to get the stupid mutt’s attention.

Eventually, she turned around and started prancing back toward me. I held out my hand in a gesture of affinity, which she rudely ignored as she pranced right on by as though I were no more relevant than the decrepit, old oak tree she stopped beside to pee.

I’m not in the habit of bothering dogs while they’re peeing, but I was intent on saving this poor animal’s life, so I took advantage of her situation and grabbed hold of her collar. As it turned out, she was a convivial creature and she seemed genuinely pleased — I’d even go so far as to suggest she was elated — to have a buddy at that moment.

After the usual introductory sniff of the hand and pat of the head, we two set off to cross the field. Along the way,

I turned my ankle twice stepping into holes the wild critters had dug, and I assembled a rather impressive collection of picky things and cottony things, which had adhered themselves to my pantyhose, and one bizarre-looking purple thing that I assume fell from an alien spaceship.

When I reached the house, I saw that the doors were open. For some reason, rather than knocking, I decided to call out, “Hello?” You can imagine my extreme surprise when I heard the deep-pitched, guttural “woof” of the other German shepherd — in fact, the bigger German shepherd — that was at that moment bounding up the driveway right at me.

Out of terror, I froze. Then, when the dog was a couple feet away, I made a quick turn, which basically just placed my backside in the line of fire. And that was where he bit me before he ran behind the house. It was a warning shot, to be sure. It left a bruise, but nothing more.

Two days later, the stupid dog was loose again. I refused to get involved that time, so one of my coworkers stepped up. When she returned minutes later, she had a big smile. “Look,” she said. “I found a dollar.”

So let me get this straight; let me see if I understand this correctly. We do the same good deed. She finds a dollar. But I get bit on the backside.

Life is SO NOT FAIR! lrocha@mihomepaper.com