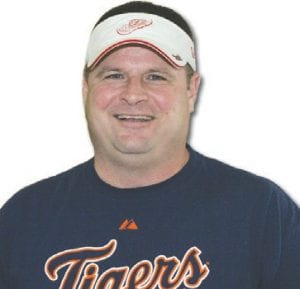 The Red Wings have been waiting to fly into the second round of the NHL playoffs. The problem is, and it is a nice problem, the other series went more than four games. The Nashville Predators have advanced into the second round for the first time ever as a franchise. The San Jose Sharks took off the crowns of the L.A. Kings in six games. The Vancouver Canucks, who held a 3-0 lead over the defending champion Chicago Blackhawks, are knotted up, 3-3. The deciding game seven was Tuesday in Vancouver. The NHL, of course, re-seeds after every single round of the playoffs, so the Red Wings have to wait to see who their second-round opponent will be. The scenario is this: Vancouver wins, Detroit plays San Jose. If Chicago wins, it will be Nashville. There is no doubt I want the “Hawks” to get it done tonight. I believe Detroit wants Nashville because of the travel. It is always nice to take short road trips rather than long trips to the West Coast. The positive is the “Wing Dings” are well rested; it will have been eight days since they lasted played a hockey game. The most important factor is the Wings big gun, Henrik Zetterberg, should be back from his lower body injury. The “Mule” Johan Franzen should also be healed up. Detroit Red Wings fans, let’s get some octopi ready and loosen up the arms and let’s get tossing. It’s round two of playoff action in Hockeytown. Go Wings!

The Detroit Tigers have been playing good baseball here lately. How about brooming out the Chicago White Sox? The Tigs stole a page from the Red Wings’ script. The pitching in that White Sox series was outstanding. The Chi-town boys could only muster up three runs in three games. How about the Tigers’ pitchers throwing two shut outs! Justin Verlander and Max “Sure Zer” are forming a great one-two punch on the hill. If these two pitch like this all season long, it will be awesome. We all know good pitching wins ball games.

The bullpen has been fabulous and how can you not love Mr. Benoit? He has been lights out. I say money well

spent by Dave Dombrowski for once. Austin Jackson has continued to disappoint still. Come on, Austin, get it going will ya? The month of May will be huge for Detroit as the schedule has some big boy ball clubs. I say April in the Ole English “D” has been solid. Stay tuned Tiger fans.

Where will they land?

The NFL draft takes place on Thursday night. I must admit it seems weird that the Lions are not drafting in the top five. Doesn’t it seem strange to see the Lions picking at number thirteen? Yes, it does! I am fired up for this draft for numerous reasons. One reason is, without free agency due to the lockout teams have to fill needs in the draft more than ever. Who knows when the free-agency period will happen. The quarterback position is interesting in that many NFL teams need quarterbacks this year. Who goes number one…Blaine Gabbert, Cam Newton, or a defensive player? Carolina will start that game of roulette holding the

Let’s look at Detroit’s needs. The most glaring weaknesses are linebacker, cornerback, safety, and offensive linemen. The “Backer” and cornerback are the top two needs. There is no doubt if a corner falls to Detroit, they will select him. I don’t see that happening, however. Detroit will select a linebacker, I believe, with the number one pick. Please, though, take the best player available. Detroit has drafted very well the last two seasons and year three needs to be solid also. I finally trust the brain trust of the Lions when it comes to the draft. I am a believer! Trust me when I say this is the most important draft the Lions have had in a decade! They are close to contending and some pieces need to be added. Detroit Lions, you are on the clock!

Michigan and Michigan State fans have to be loving the situation down in Columbus, Ohio. The sweater vest used to be red and now it’s pitch black as the dark cloud swirls over the OSU football program. I say, bye bye sweater vest, it was nice knowing you. Jimmy Tresell is in boiling hot water and no cold water can be found to cool him off! Ha ha ha!! Oh, how I hate Ohio State!!!