Let’s give millennials a chance 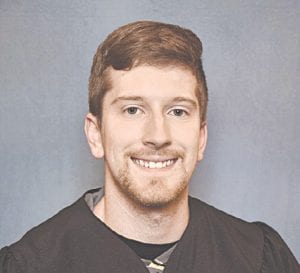 I t’s inevitable. My generation, the tech-savvy, somewhatmisunderstood group of Americans known as millennials, has come of age.

In recent years, my generation has begun to play an increasingly prominent role in shaping American society. More and more millennials are becoming homeowners, starting companies or running for political office, preparing to eventually catch the “passing of the torch” from Baby Boomers and Gen Xers.

American millennials, officially designated as “Generation Y,” were born between 1980 and 1994 and are currently between 25-39 years-old. Currently, the generation comprises around 75 million people in the United States and is about 44 percent of the American population (Brookings Institute).

Taken together, the increased social and cultural presence of millennials has caused some to wonder if my generation will shape our country’s future for better…or worse.

Generally speaking, millennials seem to draw mixed opinions from older generations of Americans. On one hand, we’re praised for our optimism and creativity and commended for our ability to readily harness new technology. At other times, we’re criticized for being entitled and hypersensitive or chastised for being self-absorbed and obsessed with social media.

In all fairness, there’s many things my generation needs to work on. More of us need to show a greater level of responsibility and maintain a strong work ethic, rather than just relying on our talents and higher educational degrees for advancement. We also need to be more responsible with our social media use and avoid falling into an instant gratification-driven “me-first” mentality.

As far as a hypersensitive label is concerned…it may be true that some millennials get really worked up when they encounter opinions they don’t agree with, but that seems to be more of a culture-wide problem. If you spend enough time on social media, you’ll see people from every age group getting into nasty online beefs with one another and posting highly uncivil statements.

Like every generation that came before us, we millennials have our own set of quirks and flaws. But we also have strengths and positive contributions to bring to the table. For starters, we’ve helped to place a greater cultural value on having a positive work-life balance. We’ve also aided in efforts to increase racial diversity and rallied behind social betterment initiatives—such as anti-bullying campaigns. And yes, we’ve managed to expand upon and improve the everchanging technological landscape that Baby Boomers and Gen Xers set in motion.

So when criticizing millennial tendencies that drive you crazy, just remember that not every millennial is entitled, narcissistic and hooked to their smartphones. Many of us are hardworking and emphatic and learning to establish better social media/smart technology habits. For the millennials who have given my generation a bad reputation…I apologize in advance. But please recognize that we are adults now, not teenagers.

Just give us a chance to grow, learn and adapt to our role as the next up-and-coming generation.