Let’s not go there, shall we? 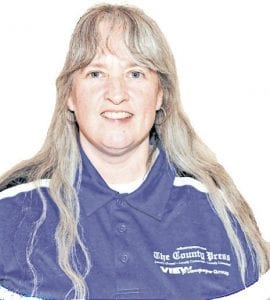 The winter high school sports season is finally fully underway and there are plenty of changes to note. Teams are smaller and a barrage of new coaches are in place to try to right the ship of programs that have struggled over the past couple of seasons. Notably, some coaches are requiring parents to sign contracts right along with their kids. That’s supposed to nip some lax attitudes and half-hearted participation in the bud.

This is also the season when I get the most emails from unhappy fans looking for us to write sensationalist articles on the hiring practices of specific schools, or in some cases, to just not cover the schools that are struggling. That’s just not the right thing to do. What a lot of those readers/fans are forgetting is that high school sports is educational athletics. It’s where young teenagers learn how to play as a team, improve their skills and in many cases, undo the bad coaching practices of wellmeaning parents and AAU coaches.

So, let’s not go there, shall we? Let’s instead sit down, or don’t if you can’t offer support instead of insults, and let the kids play. They are going to make more mistakes than strides at some schools and that has to be okay. As their coaches will implore to the masses, let them work it out. Let them take what they have been trying to teach them in practice and put that into livegame action. It takes time for some programs. Sometimes two or three years. This could very well be the year for those programs to shine.

If they don’t? It’s not the end of the world. Coaches will have to make adjustments, sometimes putting your child back on the bench to watch and learn. That also has to be okay. There is absolutely nothing to be gained by standing up in the stands hollering at your child, your child’s coaches, and especially the referees. As we say in a lot of life situations: it is what it is. A loss is a loss.

A win by a better, stronger team is just that, a win by a better team. Congratulate them, go back to work and do what your coaches ask of you. Shut out the noise of everyone else.

Just as important for the kids on the basketball courts, ice and mats is to be a good teammate. Don’t be that teammate that mutters ugly, negative things under your breath, just loud enough that we can hear you. Encourage those players instead. All you are doing in knocking them down is taking your entire team spirit down.

As for the wrestling programs, some are taking a different approach to the season, putting the “I” back in team. With just eight wrestlers, or eight players on a basketball team, things have to be done in a different manner. Those coaches have already told us they aren’t going to put up with any shenanigans this year. They don’t have time for it and it’s detrimental to everyone.

I can just see several of the people that weekly send me emails rolling their eyes right now. Roll away. If you can’t support these kids, best to just stay home, please.