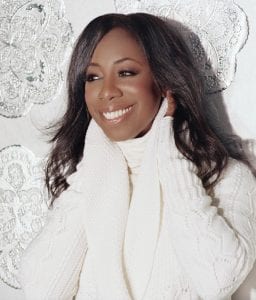 GENESEE COUNTY — The Genesee District Library will present its 11th Annual Black History Month brunch on Feb. 18, 10 a.m. at the

Grand Blanc. Part of the proceeds from the event will benefit the Genesee District Library’s Summer

Reading program. Nearly 5,000 young people participate in the program, which engages and

WHERE: Genesys Conference & Oleta Adams, who is best known for her hit Banquet Center, 801 Health Park single “Get Here” from her Platinum album Blvd., Grand Blanc Circle of One. Adams has toured with Tears

Jazz group Straight Ahead will also be performing at the event. The group, which is from Detroit, has amassed a string of honors, including opening for the legendary Nina

Simone at the Montreaux-Switzerland Jazz Festival and being nominated for a Grammy.

During the brunch, the Genesee BRUNCH District Library will recognize five individuals for their personal achievements, contributions, and service to the residents of the county and state.

Tickets for the event are $28 each and can be purchased at the Genesee District Library — Headquarters location, G-4195 W. Pasadena Ave., Monday-Friday until 5 p.m. or online at www.thegdl.org. For more information, call 810- 732-5570.

The Genesee District Library operates 19 locations throughout Genesee County with the exception of the City of Flint. More than 1 million visits are made annually to the GDL for its large traditional and online services, as well as programming. The system is funded by a .7481 county-wide millage (excluding City of Flint). — G.G.