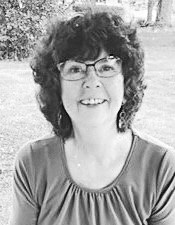 Linda was born July 18, 1948 in Jackson, the daughter of George and Barbara (Bailey) Boyle. She was a 1966 graduate of Bay City Central High School; she received an Associate Degree in Nursing from Mott Community College in 1982. At Mott Linda was awarded the Phil Braun Award for Scholarship, won the American Nurses Association Student of the Year Award, was a Beta Honor Society Member, and was the School of Nursing Valedictorian at her graduation. Linda also attended Spring Arbor College, where she became a Certified Adult Foster Care Administrator and Advanced Level Administrator. Among her many jobs over the years, Linda had been employed as a teacher and administrator for Charter Health Care Training Center in Flint. Previously Linda was employed by Baker College in Flint, where she was a Primary Instructor in the Nurse Aide program. Linda also worked for Medical Professionals in Flint, where she was the Private Duty Nursing Supervisor. In 2005-2006 Linda was the Director of Operations at Hyde Park Assisted Living in Flushing. From 1995- 2007, Linda was the Administrator and Director of Nursing Services at Nottingham Place in Grand Blanc. From 1986-1997, Linda was the Director of Nursing and Client Care Supervisor for the Visiting Nurses Association. At the time of her death, Linda was a volunteer and the President of McLaren Auxiliary.

Linda married David Allen Krueger February 4, 1975 in Bay City. Surviving are: her husband of 46 years, David; son, Nathanael David Krueger; daughter, Emily Lynn Krueger; all of Swartz Creek. She was preceded in death by her parents, George and Barbara Boyle; and sister, Nancy Boyle. Tributes may be shared at www.sharpfuneralhomes.com