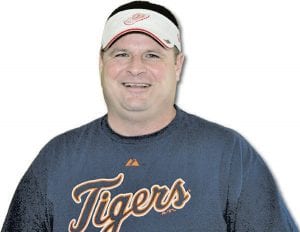 Let’s put to bed this talk that the Detroit Lions will run the table and make the playoffs, please.

It is not happening for our Lions’ football team this season, plain and simple.

The main reason is, if the Lions run the table, it will still not be good enough to make the playoffs. The NFC conference is too strong and the teams in front of Detroit hold the tie breakers over Detroit. I also have to ask, does this football team even belong in the NFL Playoffs? The quick and correct answer is a strong and loud, NO!

The Lions made their den and have to sleep in it. They played lousy at home and deserve to be home in January. I watched zero snaps in the Tampa Bay game and all I missed was a sloppy win over Tampa and five turnovers! Yes, I said five turnovers. Detroit also needed a last-second field goal to win.

I do want to praise Matt Stafford, because he is one tough quarterback playing with a bad hand and all. The fans of Detroit need to get off his back. The play of Matt Stafford this year has been tremendous and I will defend him all day long against Stafford haters.

The Lions will play a Saturday late afternoon contest against the Chicago Bears at 4:30 p.m. The Lions should win this football game, but it’s the Lions after all, so who knows what the result will be.

About time for hall of famers

The Baseball Hall of Fame finally has welcomed two Detroit Tigers in Alan Trammell and Jack Morris. These two players waited way too long to be voted in the hall of fame. I have been screaming for both for a while now. I used to get so mad that Tram was not in and Ozzie Smith of the St. Louis Cardinals was in. “Why?” I asked? I figured it had to be that Tram didn’t do back flips on his way to shortstop. Alan Trammell was a career .285 hitter with 2,365 hits. He was a World Series MVP! Let’s not forget the 20-year career and four Gold Gloves or the longest double play combo with his partner Lou Whitaker (he should be in the Hall too) in MLB history! How about captain Jack Morris’ 254 wins and 175 complete games and a World Series gem with Minnesota against the Atlanta Braves? I want you to think about 175 complete games for a minute. He was a one tough gamer on the mound! I always remember that Jack always wanted the baseball and never wanted to exit the ballgame. The fact the Detroit Tigers drafted both in 1976 and both are elected to go into the hall of fame is a sweet moment. It just took way too long to get here!

Santa Claus and his sleigh dropped off a quarterback to the University of Michigan. The quarterback is Shea Patterson, who transferred out of Ole Miss, due to NCAA sanctions against Ole Miss.

The one thing lacking in Michigan’s program the last three years was a top-tier quarterback. The question becomes, will Patterson become eligible in 2018? He is applying for an individual waiver to the NCAA so he does not have to sit out a season. There is also a strong possibility that other Ole Miss players will follow Patterson to Michigan.